“My love for DAF is just part of me.”

Nanko Klein Paste, in his professional life a project manager at a housing corporation, builds DAFs out of Lego. And how!

When you walk into his hobby room, it’s hard at first to believe your eyes: tens of thousands of Lego blocks, all neatly stored in plastic containers and sorted according to type, colour and size. But most importantly: shelf after shelf of magnificent DAF trucks, some more than a metre in length and all 1/16 scale models.

Given his background, you would not expect Nanko to be so DAF-crazy. So where did it come from? “No idea. I’ve just always had a love for DAF. I started playing with Lego when I was three and since then have never built anything other than trucks. It’s just part of me, I think. When I was a kid I scoured every Truckstar magazine I could find for DAF news, and the walls of my bedroom were full of posters of the amazing machines that DAF and Jan de Rooy built for the Paris-Dakar Rally. After I turned twelve, I started making models of those trucks out of Lego.”

After a less intensive Lego period lasting around ten years, Nanko picked up his old hobby again, this time at the 2.0 level. He has since built 10 models, which may not sound like much until you learn that it takes up to nine months to complete each one. Nanko sources the information he needs from an archive full of old photos, technical drawings and folders. Remarkably, he never makes a construction drawing before starting on a new project. “It’s all done on instinct, and with lots of measuring and fitting.” Once built, Nanko never takes a truck apart again. “It would just break my heart,” he says, for obvious reasons. Sometimes he sells a truck, but he doesn’t build them on demand. Isn’t he afraid that his hobby might get out of hand in terms of space? “Well, there are a few trucks downstairs in the living room,” he admits. “But I keep it under control. I don’t want to end up starring in a TV show called ‘Help, my husband has a hobby!’” 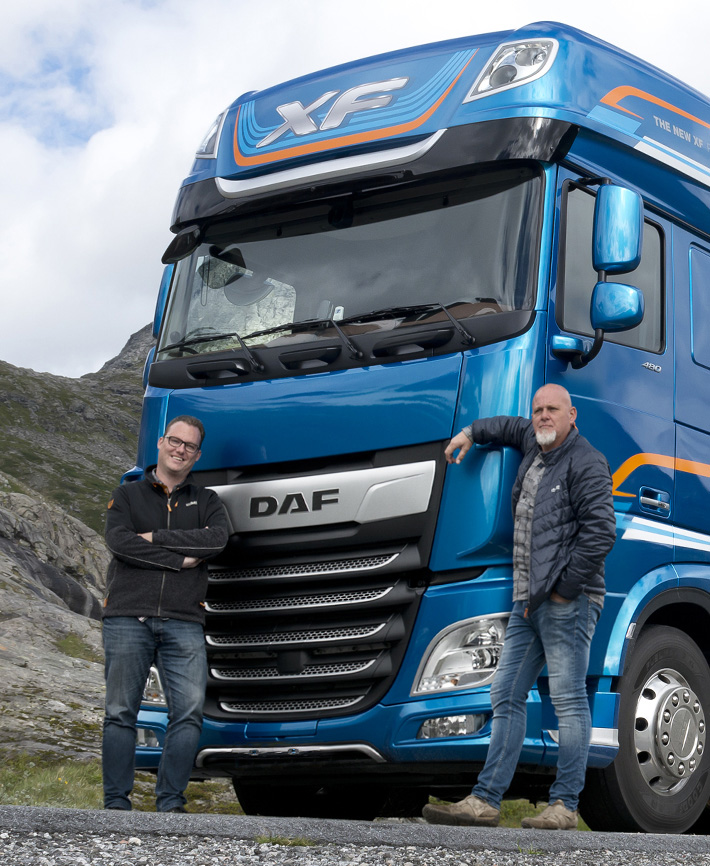 “My love for DAF is just part of me”